As a prisoner for the Lord, then, I urge you to live a life worthy of the calling you have received. EPHESIANS 4:1
India Life Naga Tangkhul 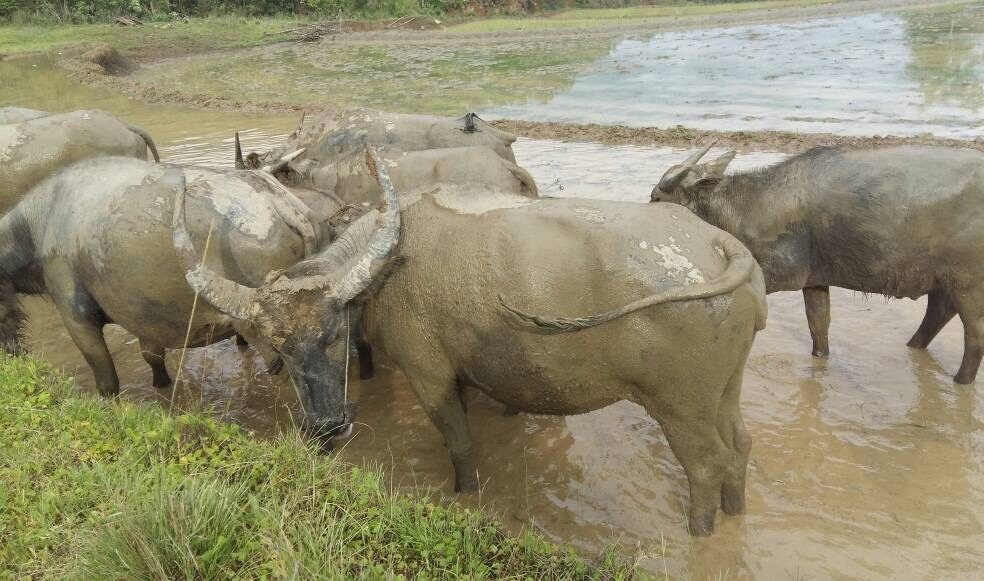 Several months ago, Worchihan started talking about our need to begin preparing financially for our future, specifically for children and a house we want to build. We have been saving money every month since we got married a little more than a year ago, but he feels that we need to do more, so he came up with a couple of good ideas that we talked about but decided are not the best ideas for right now.

When Worchihan told me about another idea he had, I wasn’t so sure about it, because I’ve never owned a water buffalo before.

In Worchihan’s Tangkhul Naga culture, villagers used to hang the skulls of the buffalos they’d eaten on their doors or on the outside of their houses as a demonstration of their wealth; buffalo skulls were painted on the arch at the entrance to our wedding venue (aka, the top of a mountain in northeast India). Buffalos are valuable for several reasons: first, they can be eaten. It’s tradition to eat buffalo meat at weddings, house dedications and festivals, though only that of a male buffalo. Second, buffalos are used to plow rice paddies, to transport the grain after it’s been harvested (a majority of Tangkhul villagers are rice farmers) and to transport firewood used for cooking, among other uses. Third, buffalos reproduce and fourth, they can be sold easily. So, buying a buffalo – we bought a female who’s already had two calves – is a good investment for us right now.

While I’ve been preparing for kids and a house by reading parenting books and taking lots of Instagram screenshots of wooden dining room tables, Worchihan has been more immediately practical in thinking about how we will even be able to pay for what we want. I appreciate Worchihan for beginning to think about these things eight or so months into our marriage and coming up with doable ways to prepare. This is one of the ways he’s fulfilling his role as the leader of our family.

I didn’t know this when I married him, but Worchihan is a visionary, though not one who stops at dreaming. He comes up with a plan and acts on it and he encourages me to do the same, which is pretty much why I’m writing this blog. I’m not very comfortable with my words and thoughts so publicly posted, but maybe there’s something I can offer. Though I’m not ready to give advice on raising buffalos – I’m still working on giving ours a name.

Free Cards and Coloring Pages and Some Craft Ideas