As a prisoner for the Lord, then, I urge you to live a life worthy of the calling you have received. EPHESIANS 4:1
Books 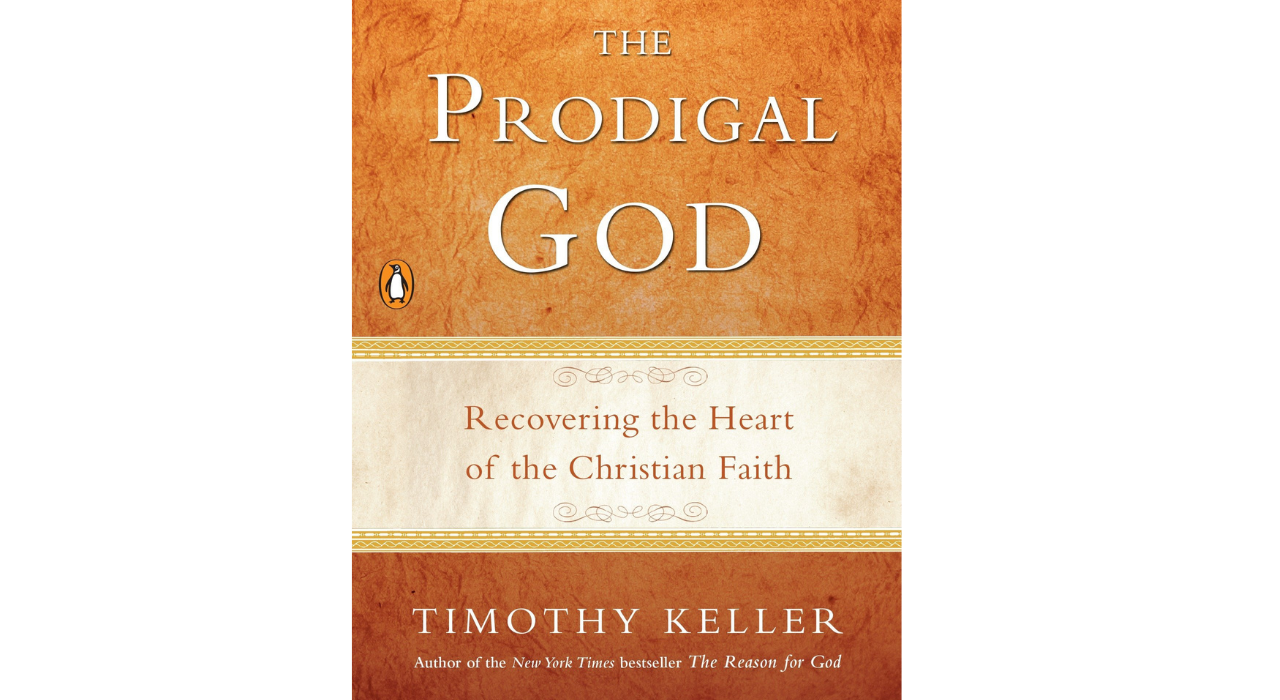 Over the last couple of years, my husband has been teaching me the Bible. Well, he’s been teaching a group of us, but I get to go home with him and ask him all my questions. Through his teaching, I’ve come to understand verses and chapters and books that I was familiar with but didn’t actually understand. An example: True worshipers will worship the Father in spirit and truth (John 4:23). I never knew what it meant to worship in truth until Worchihan taught that Jesus is the truth, so we worship through Jesus. Finally I understood.

The story of the prodigal son might, after the story of the good Samaritan, be the most well-known parable in the New Testament, but how well do we actually know it? Yes, we know the who, what, and when, but do we actually get it? I really didn’t until the last couple of years, thanks to a message from Tim Keller and then this book.

Tim Keller pastored for 37 years in Virginia and New York City. As the chairman and co-founder of the church-planting organization Redeemer City to City, he is now teaching and mentoring church planters and seminary students. Keller has written at least 20 books, including The Reason for God and The Meaning of Marriage.

The Prodigal God is relatively short — my paperback copy is 133 pages with 1.5 spacing — but is packed with details that help to provide a true understanding of the parable of the prodigal son and how it applies to us today.

Here’s how the book is organized:

Here’s what I learned that really helped me properly understand the parable, along with some polls just to get you thinking about each detail.

Growing up, I thought that prodigal just meant “bad,” but turns out, it doesn’t. Prodigal actually means “wastefully extravagant.” The younger brother spent all his money, so clearly he’s prodigal, but as the title points out, God is also prodigal; He gave His son — everything He had — to rescue us.

When I learned this story as a child, the younger son was the focus of the story; the elder son and the father got only a passing glance. That might have something to do with the title of the story as provided by the translator: “The Prodigal Son” or “The Parable of the Lost Son.” I have never identified as the younger son, so it was easy for me to skip over this story, thinking it wasn’t for me. But now that I have a fuller understanding, I realize that I am reflected in it, that it’s not a story “just for sinners.”

Luke 15:1-2 says this: Now the tax collectors and sinners were all gathering around to hear Jesus. But the Pharisees and the teachers of the law muttered, “This man welcomes sinners and eats with them.”

Notice that it wasn’t the tax collectors and sinners who were complaining about Jesus’s behavior, but the Pharisees and the teachers of the law, so it is to them that Jesus directed His teaching.

Why does this matter, you ask? Here’s what Keller says: The wealth of this father would have primarily been in real estate, and to get one-third of his net worth he would have had to sell a great deal of his land holdings…To lose part of your land was to lose part of yourself and a major share of your standing in the community…

This reminds me of Worchihan’s village, where land is the primary asset. Villagers own the plot of land their house sits on as well as rice paddies of various sizes, which they farm. The land is the source of their food and a source of income. The land is what’s passed down to their children and would be sold only as last resort.

Luke 15:20 says this: “But while he was still a long way off, his father saw him and was filled with compassion for him; he ran to his son, threw his arms around him and kissed him.” A father running to meet his child might not strike us as strange, but in that culture, it was unheard of.

Not only did the father run to meet his son, but he called for the best robe, which Keller states would have been the father’s own robe, calling it “the unmistakable sign of restored standing in the family.” And when the father called for the fattened calf, he was calling for the most expensive meat in a culture in which meat was a delicacy. Of the feast, Keller writes that it was likely that the whole village was invited.

Here’s what Keller writes: There is one striking difference between the third parable and the first two [the Parable of the Lost Sheep and the Parable of the Lost Coin]. In the first two someone “goes out” and searches diligently for that which is lost. The searchers let nothing distract them or stand in their way. By the time we get to the third story, and we hear about the plight of the lost son, we are fully prepared to expect that someone will set out to search for him. No one does. It is startling, and Jesus meant it to be so. By placing the three parables so closely together, he is inviting thoughtful listeners to ask: “Well, who should have gone out and searched for the lost son?” Jesus knew the Bible thoroughly, and he knew that at its very beginning it tells another story of an elder and younger brother—Cain and Abel. In that story, God tells the resentful and proud older brother: “You are your brother’s keeper.”

Yes, I knew this story, but had I ever really thought it about within the context of the 2 parables that precede it in Luke 15? Had I ever considered how it related to Christ? Yes, I get how the father is like God: He’s running to us, ready to forgive us, not counting our sins against us, but I’d never thought about someone going to look for the younger son. Which means I missed how this story connects to the work of Jesus on the cross which means I missed the point!

Keller goes on to say that Jesus is the true elder brother, that He came to look for us, to pay for our sin and to bring us back home.

This parable, now properly understood, has burrowed deep into my heart. In it, I feel that Jesus is speaking directly to me, because I sometimes resemble an elder brother. Keller writes this of the elder brother: It is not his sins that create a barrier between him and his father, it’s the pride he has in his moral record. He writes that the elder brother is the more lost of the 2 brothers because he was blind to his true condition.

There’s one more thing I want to mention from the very end of the book about how the message of this parable is able to change us: In Matthew 13, the preacher of God’s word, the gospel, is likened to a sower of seed. There are three groups of people who “receive” and accept the gospel, but two of the groups do not produce changed lives. One set of people do not have the endurance and patience to handle suffering, while another group continues to live an anxious, materialistic life. The only group of people who produce changed lives are not those who have worked harder or been more obedient, but those who “hear the word of God and understand it” (Matthew 13:23).

I hope this has given you a better understanding of the two lost sons like it has for me and your heart is changed because of it.