As a prisoner for the Lord, then, I urge you to live a life worthy of the calling you have received. EPHESIANS 4:1
Asia Bangkok Life 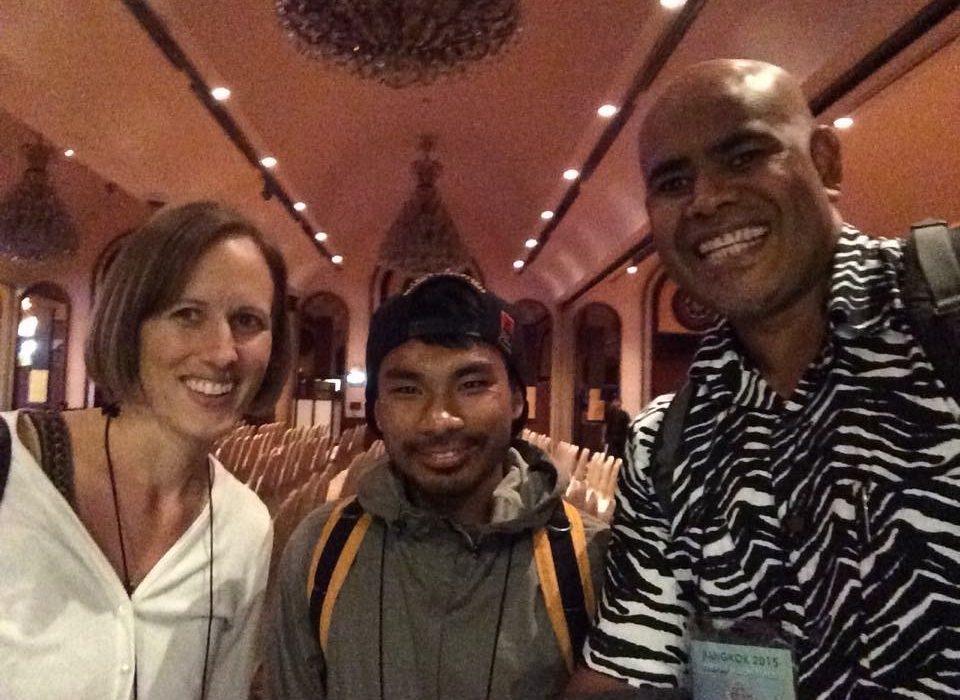 When Worchihan and I meet new people, their first question is often how we met. It’s a good question, because Worchihan and I ourselves are often surprised by the fact that we are together.

I’ve noticed that I have often been given clues about where my life would take me; this particular clue goes back to when I was in high school, when I decided I would never marry an Indian. (Forgive my ignorant prejudice, my Indian friends!) At the time, my parents, brother and I were living in Fiji, a country whose population is divided between the native Fijians—about 60% of the population—and the ancestors—about 40%—of the Indians sent to Fiji to harvest sugar cane in the late 1800s and early 1900s when India still belonged to the British.

My parents’ primary ministry in Fiji was teaching a class on what the Bible says about money, and because the Fijians are generally Christians and the Indians are generally Hindus or Muslims, my parents worked primarily with Fijians. My exposure to the Indians of Fiji was mostly limited to the small, sweaty shops that lined our city’s (two) downtown streets. It was in Fiji that I began to understand that personal space is more of a western idea; it was in these shops that I came a little too close to overhanging stomachs and stinky armpits and made my decision.

In October 2014, Worchihan began discipling students at the international school where I was teaching. I didn’t pay much attention to him, because when I’m at work, I’m pretty focused on my job and also, I thought he was in college because of his height (an assumption I later realized doesn’t make any sense). I had so much work to do that I never had a free moment—and if I did have a free moment, I wasn’t interested in wasting it talking to some random college guy. Worchihan’s first impression of me? “Very busy and kind of bossy.”

Fast forward to chapel in the school cafeteria on Wednesday, February 4, 2015. I am standing in the back and Worchihan is sitting at a table directly in front of me. A sudden thought hits me: I like his hair, which is immediately followed by He’s cute, and then, a decision: I’m going to talk to him.

After chapel, I went outside with I Am Malala, a book I was reading with my 11th graders. I knew that Worchihan often went outside after chapel, so I was basically waiting there at a green picnic table overlooking the basketball court for him. Little did he know!

HE initiated our first real conversation—one that went past “Hello”—by asking about my book. (I particularly like this fact, because I don’t want to appear like I was going after him, even though I pretty much was.) I don’t really remember much of our conversation, but I think we both asked each other some questions. After maybe ten minutes, I told him I needed to read (an excuse prompted by my nervousness) and he went to the basketball court to kick a soccer ball around.

Later that day, my mom told me there was a missions conference that night and the next night at which some of my parents’ Fijian friends would be present. What a perfect excuse to spend more time with this guy that I all of a sudden really liked, but when I went outside after school to look for him, he was gone. Me being me, I was not deterred. I bravely, and fully expecting to be teased, asked our school chaplain, who Worchihan volunteered under, for Worchihan’s number. I was nervous, but I called him and thankfully he answered and accepted my invitation, even though he had planned to go to a Bible study that night. (So was I going after him?) A couple hours later, he met me on the steps in front of the hotel where the conference was being held and basically, that was it.

After a few interruptions, we started dating in late May, got engaged in November on the same day my parents got engaged almost 40 years earlier and got married in April of the next year. Everything moved pretty quickly, but when you know, you know, and I couldn’t be more grateful for my Indian husband.

On My Parents’ 40th Anniversary