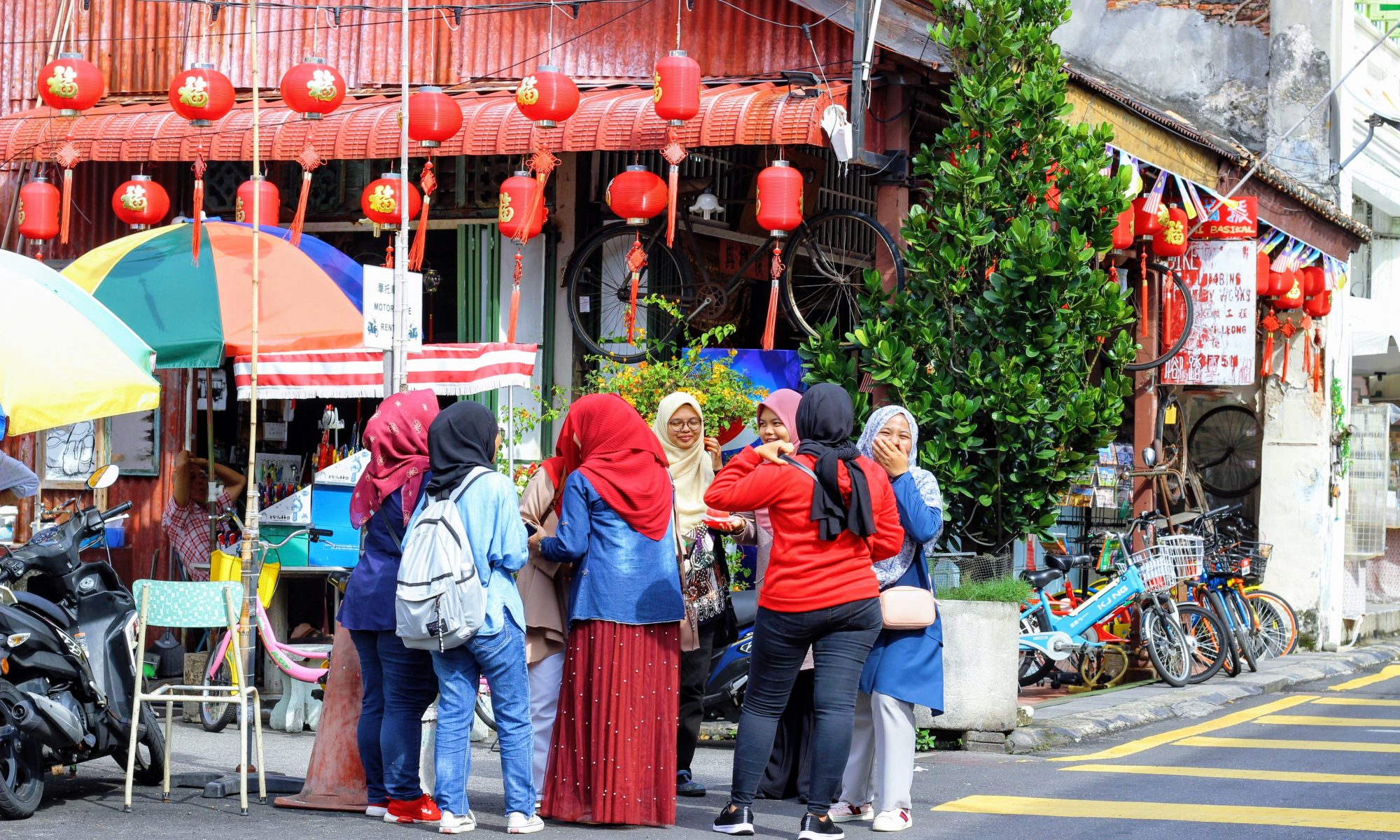 If you read the first George Town post, you’ll know our trip was last-minute. You’ll also find out where we stayed and what we ate. I wrote about what we did in the second post, but decided Armenian Street (and what I bought) needed its own post.

(Disclaimer: I am not a shopping advocate. I try to buy what I need, as well as chocolate and local art and books when I travel. I am including what I bought on this trip because I was impressed by the amount and high quality of the local products made in Malaysia by Malaysians.)

On our first morning in George Town, I went for a walk and stumbled upon this little street, which I didn’t know anything about, because, again, I hadn’t done any planning for this trip, which, as I’ve discovered, is the best way to be pleasantly surprised!

END_OF_DOCUMENT_TOKEN_TO_BE_REPLACED

Bangkok is the perfect springboard for exploring southeast Asia. Flights are short and inexpensive. Since I’ve lived here, I’ve visited Cambodia, Vietnam, Burma, Singapore, Malaysia and the Philippines – 6 of the 11 southeast Asian nations. (Of the remaining countries, Laos is at the top of my list.)

When I was a child, I bought pencils and keychains as souvenirs. Then it was t-shirts, but I found that in Asia, they don’t fit me very well, so now I buy art and sometimes books. In Singapore, I bought The Little Singapore Book, a children’s book with beautiful illustrations that is also perfect for adults. At the Vietnamese Women’s Museum in Hanoi, I bought Women on the Move: Hanoi’s Migrant Roving Street Vendors.

END_OF_DOCUMENT_TOKEN_TO_BE_REPLACED 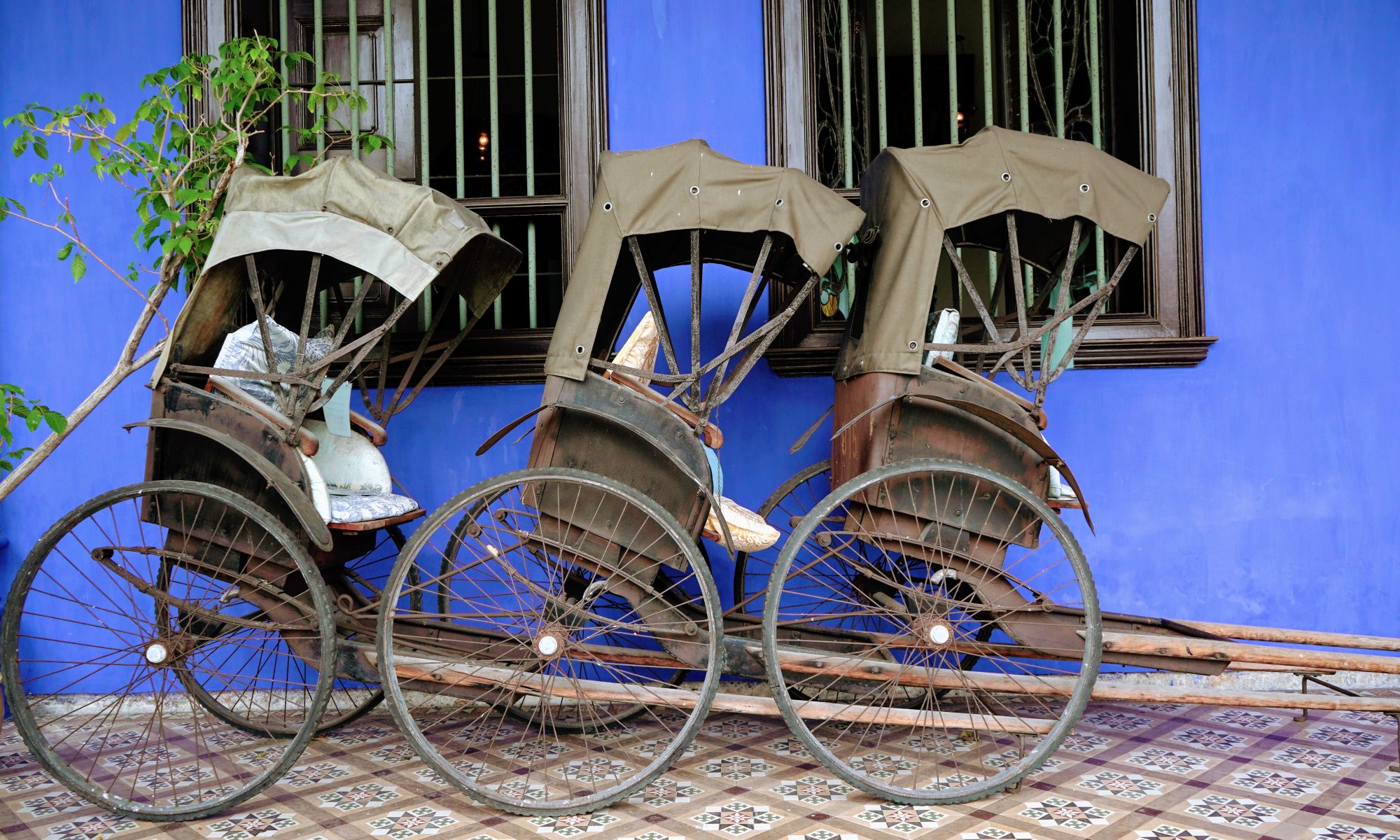 So you’ve already read a little bit about where we stayed and what we ate in George Town in the first George Town post and now it’s time for the good stuff: what we did!

END_OF_DOCUMENT_TOKEN_TO_BE_REPLACED 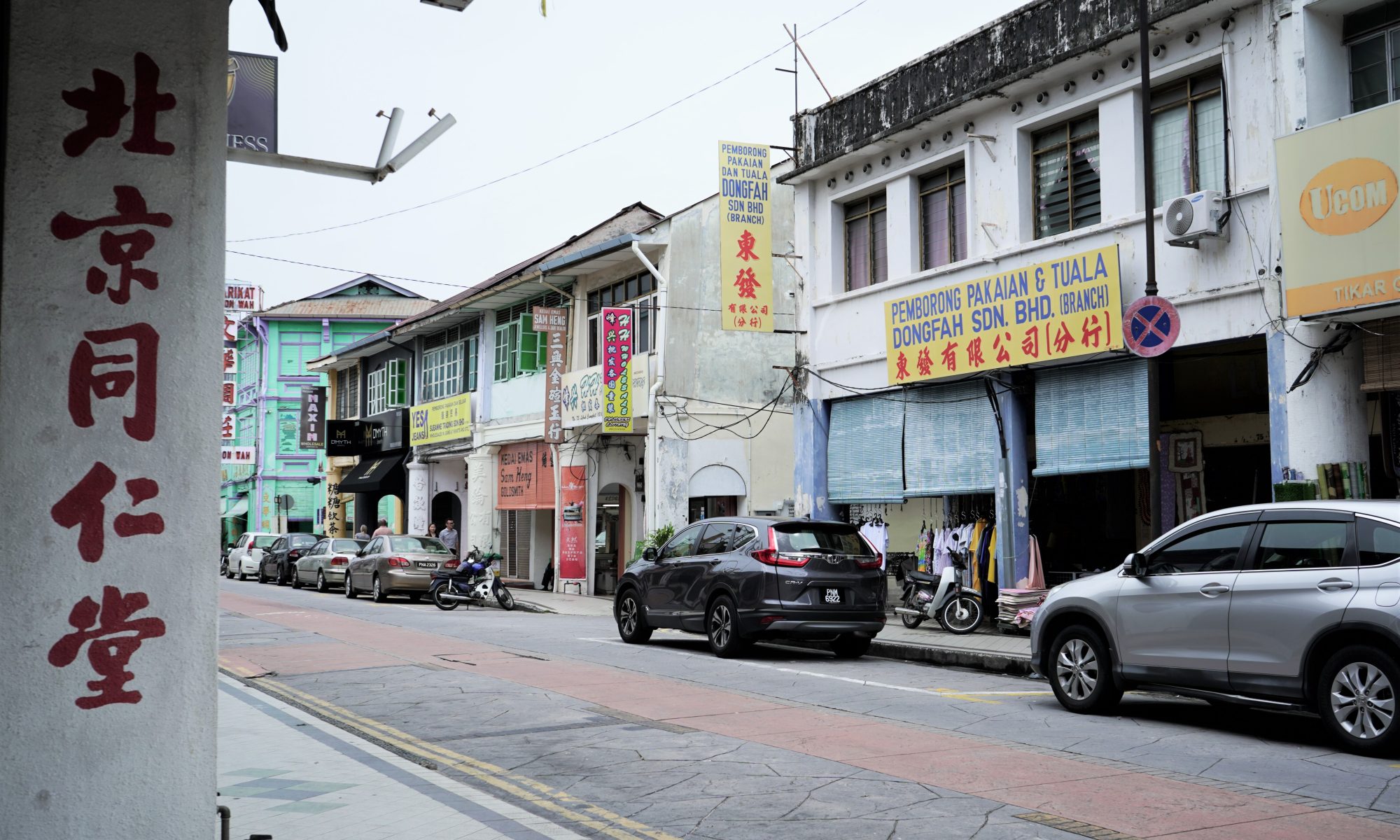 So I now know how to plan a I-have-to-leave-the-country-in 5-days trip. My first thought: I need to go somewhere where I don’t need a visa and Worchihan can get one quickly. That meant Myanmar, Cambodia, Vietnam, and Laos were out — Americans need visas for them all — so Malaysia it was. I had heard that George Town in Penang was a cool place so I headed straight to Agoda and then to Google Flights, which is clearly out of order (no one makes me feel more like I have to do something RIGHT NOW than Agoda). It wasn’t until we got to the airport that I looked up how we could get to George Town from the airport — and that’s all the research I did. (Old Susan may not have been friends with new Susan — I mean, come on, I did have 4 full days to plan the trip!)

So, I come to lesson 1: You can have a great time on a trip whether you research the heck out of it or not.

END_OF_DOCUMENT_TOKEN_TO_BE_REPLACED 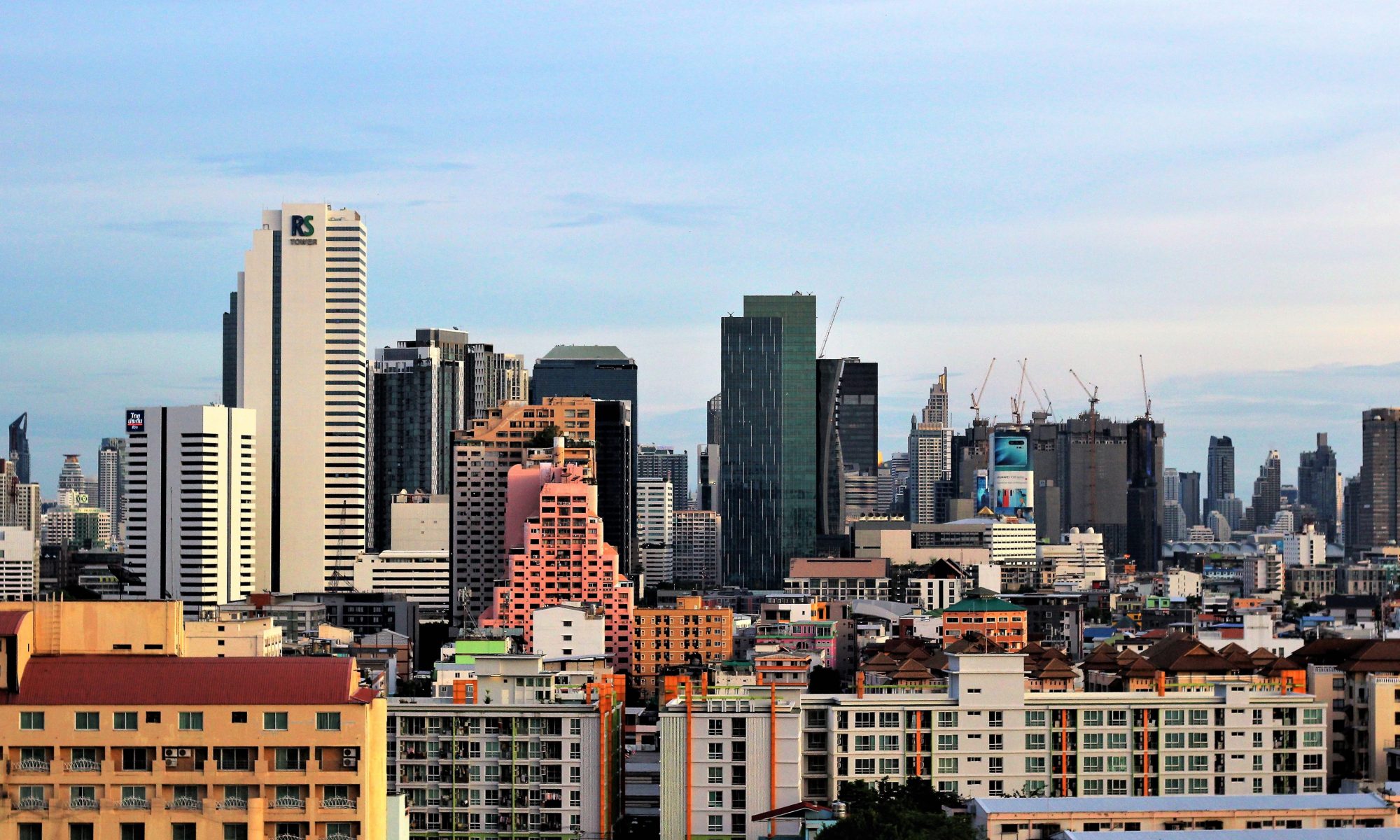 I moved to Bangkok in August of 2011. Moving overseas is a pretty overwhelming experience, especially for a 25-year-old who had never even been to Thailand (and who had eaten pad Thai only once), but I was ready. My move was made easier by good friends who had moved to Bangkok 6 months before, so I had someone who could answer my questions, like What should I bring? (My friend’s answer: a top sheet!, but don’t worry, readers, we have IKEA now.)

Now that I’m on the other side of that question, I’m ready to help with a series of blog posts for people moving to or new to Bangkok, starting with looking for a place to live. Let’s get to it!

END_OF_DOCUMENT_TOKEN_TO_BE_REPLACED 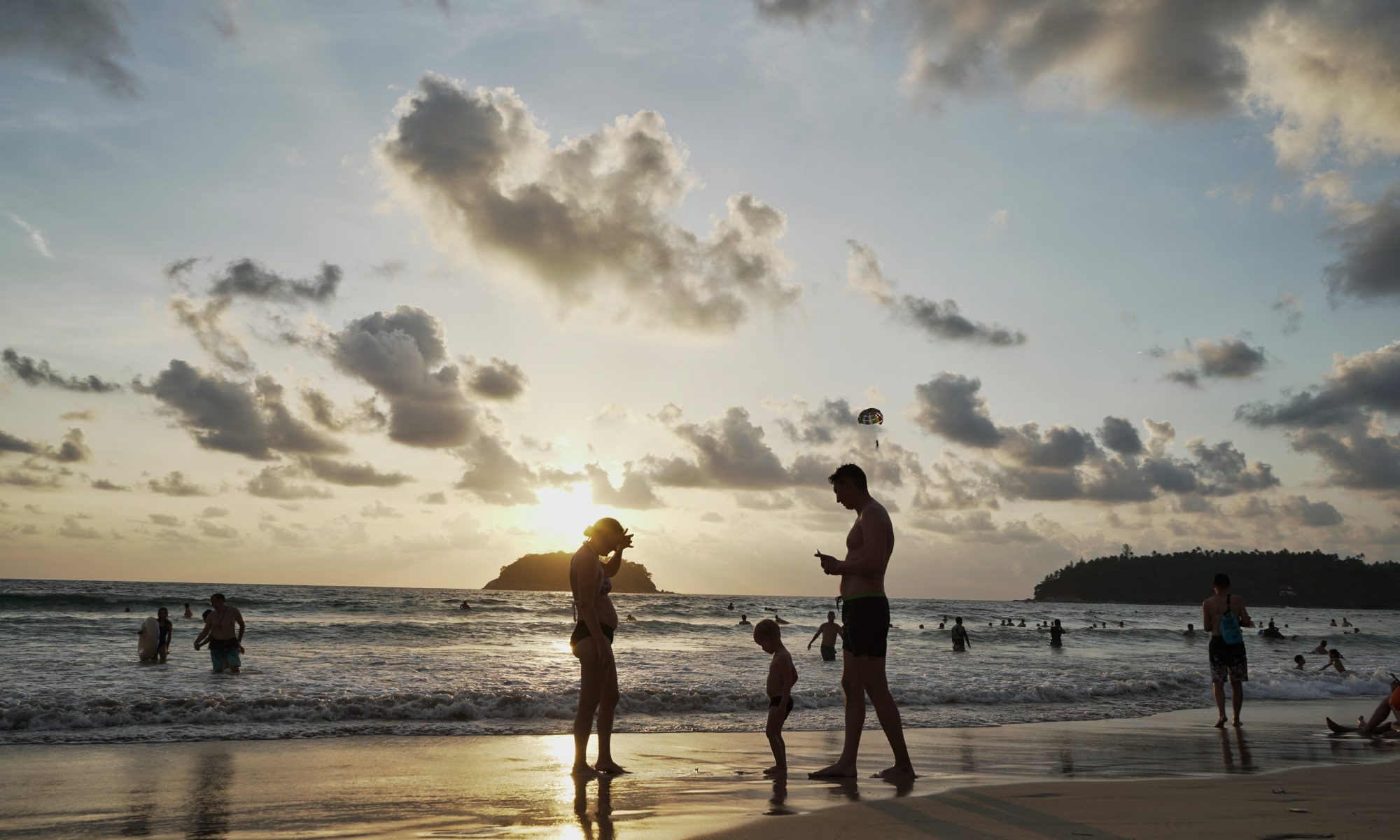 I’m a little embarrassed to admit that it took me eight years to visit Phuket. It’s not like it’s a hidden jewel or anything; after all, almost 9.3 million people visited Phuket in 2017, making it the 12th most visited city in the world that year. I just didn’t go to Phuket because I’d heard it was really expensive, and it can be, but, as I learned, it doesn’t have to be.

Phuket is Thailand’s largest island and the flight time from Bangkok is only an hour and twenty minutes (yes, we’re already planning our next trip). After doing some research, we decided to stay at Kata Beach — or was it that I found a cute hotel on Agoda and wanted to stay there? Either way, the first thing we had to figure out was how to get from the airport to Kata, which is on Phuket’s southwest coast and is about an hour’s drive from the airport. I knew that taxis are incredibly expensive so they were never an option. I read in Lonely Planet’s Thailand guidebook (Lonely Planet is my go-to source for reliable travel information) that a shared van (or a minibus, as it’s often called in Thailand) from the airport to Kata was 200 baht per person. It was too easy. We saw the stall as soon as we walked out of the terminal — a ride to Patong was 180 baht, Karon or Kata 200 baht.

END_OF_DOCUMENT_TOKEN_TO_BE_REPLACED 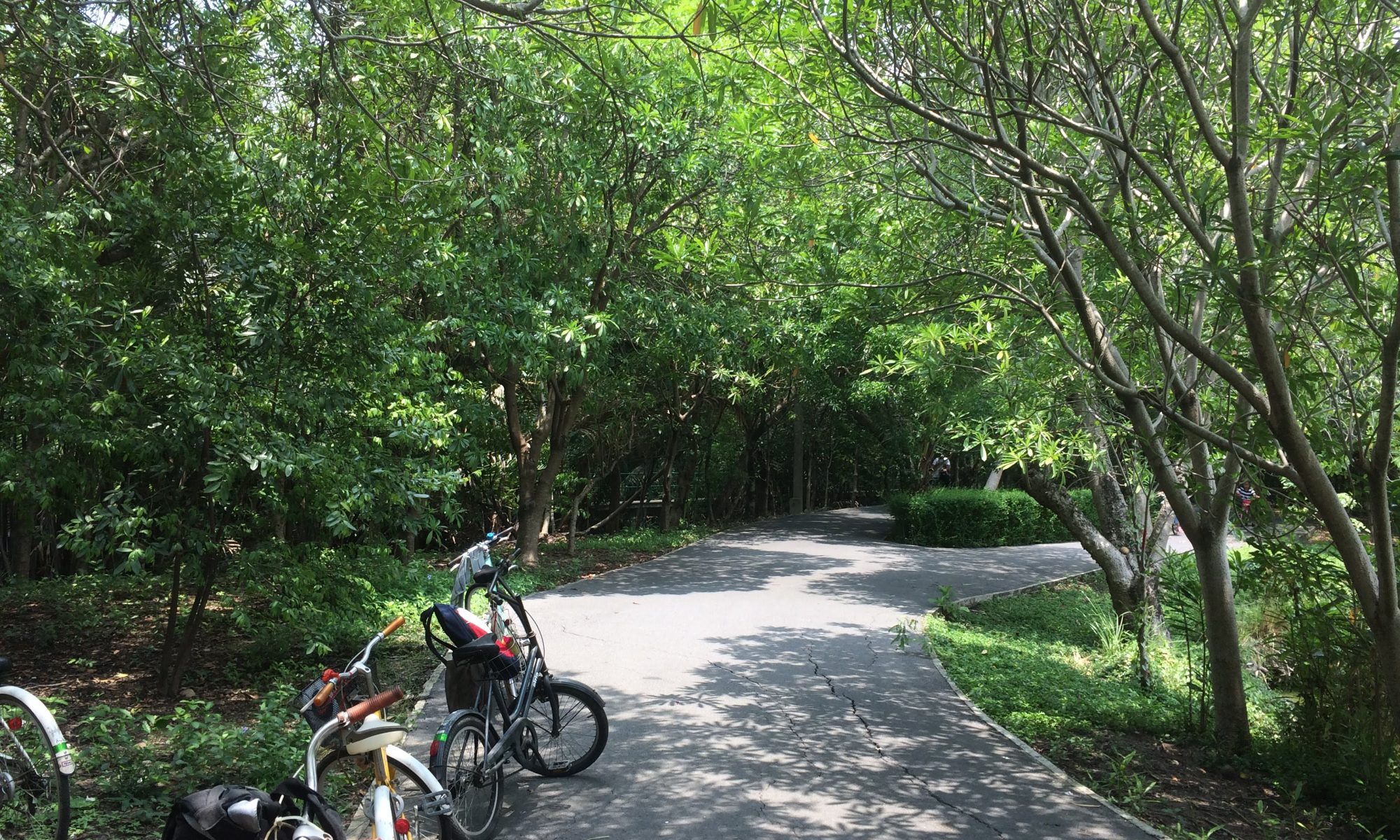 So folks, we find ourselves with another holiday (and another three-day weekend, at least this year) in Thailand. On May 14th, the birthday of the newly-crowned Thai queen, June 3rd, was declared a public holiday. Since we got out of Bangkok a couple of weekends ago and learned how bad the traffic is on three-day weekends and just found out that June 3rd is a holiday on May 31st (we’re not often the first to find out what’s going on here), we decided not to waste the day but to spend it in the sweltering heat of Bang Kachao.

Bang Kachao, otherwise known as Bangkok’s Green Lung, is actually an island formed by a sideways U-shaped bend in the Chao Phraya River and a canal at the mouth of the U. It is accessible by car, but it’s more fun to take a boat.

END_OF_DOCUMENT_TOKEN_TO_BE_REPLACED 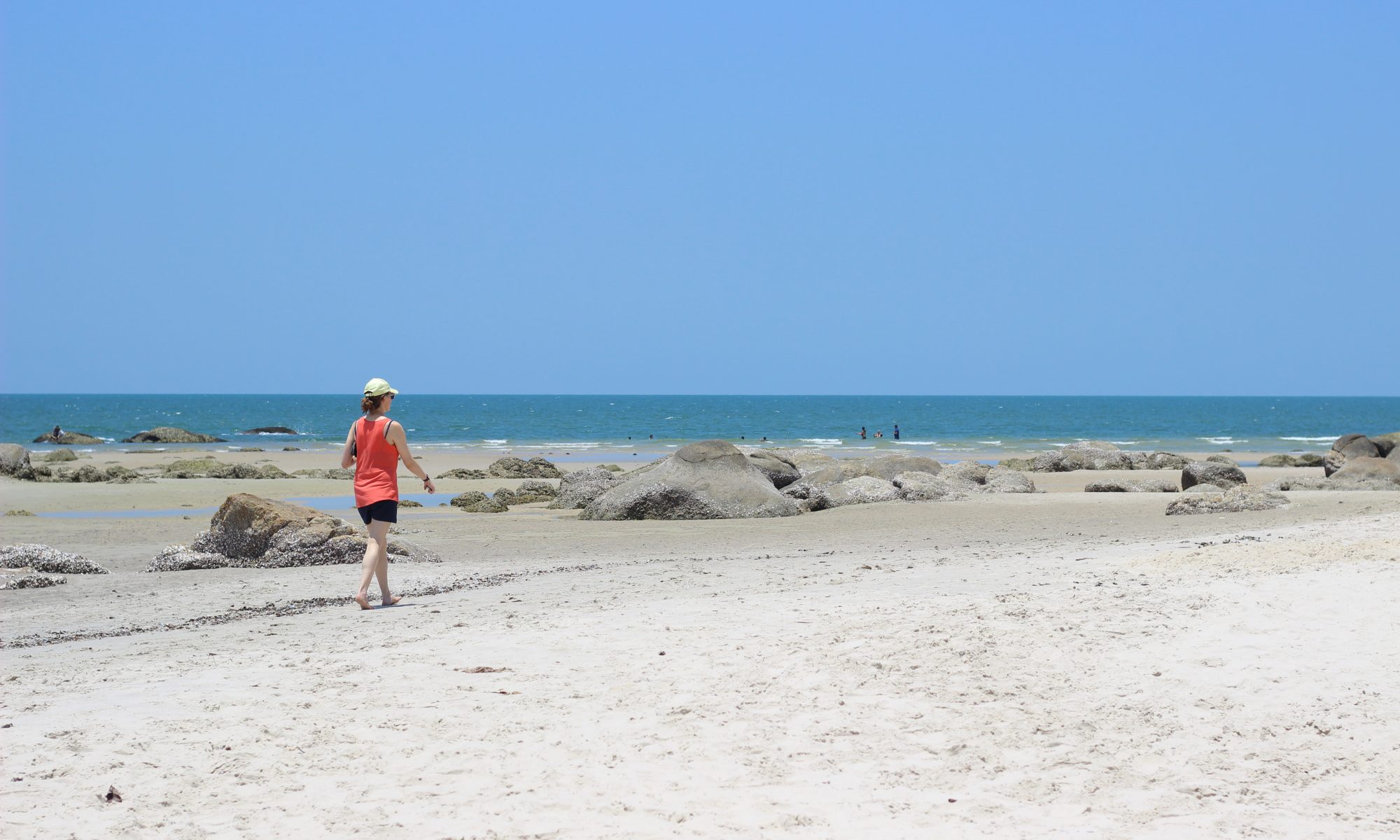 If you can handle the traffic, it’s best to get out of Bangkok on a three-day weekend. Which we have a lot of in Thailand (though contrary to the belief held by expats in Thailand, Cambodia, at 28, has the most public holidays — Thailand apparently has only 16).

So this past weekend, we got out of Bangkok. We made the mistake of going to Cha-am instead of Hua Hin, though I should have known better. I’ve been to Cha-am twice, including a solo trip my first Christmas in Thailand. I blame nostalgia.

END_OF_DOCUMENT_TOKEN_TO_BE_REPLACED

So now that you know that Worchihan, his family and his villagers were 100% responsible for the preparations for our wedding, let’s move on to the wedding. Which was INCREDIBLE, a word that actually means unbelievable, not amazing, but it was that too.

If I had known what our wedding was going to be like (I didn’t really because Worchihan left for our wedding more than a month before me to prepare and the internet in his village is terrible), I would have invited National Geographic (is it too late, NG?). It was beyond words, so we’ll show you plenty of pictures. (All photos were taken by Wren Raleng — thank you, Wren!) END_OF_DOCUMENT_TOKEN_TO_BE_REPLACED 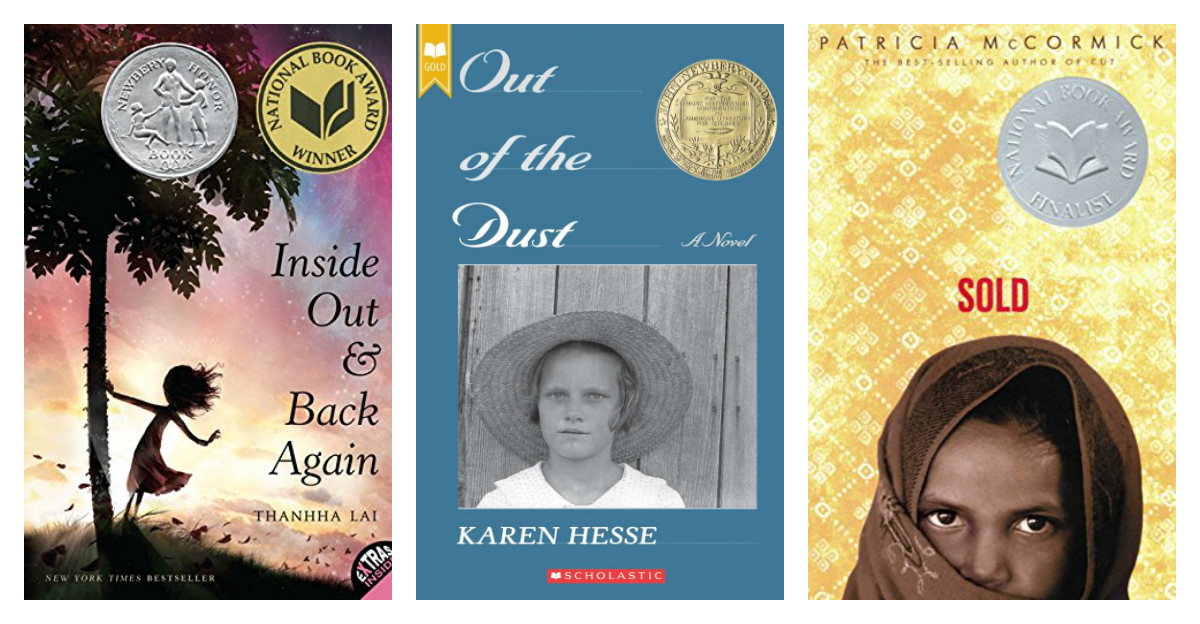 Even though I studied Secondary English in college (this is what people who want to teach middle and high school English study), I am not a huge poetry fan. Maybe I should be, but I don’t enjoy reading what I don’t understand. There IS a lot of accessible poetry out there though — accessible enough even for children — so really everyone can enjoy poetry if they’re exposed to the right stuff. And why not expose children and young adults (aka teenagers) to poetry so that they have more time to enjoy it?

Each of these novels could be a good introduction to poetry for kids and teenagers who haven’t yet been introduced because these books are the best of the best; all are highly acclaimed. They’re also great resources for teaching poetry in the classroom (or the kitchen).

Without further ado, here are my go-to free verse novels, in recommended-age order.